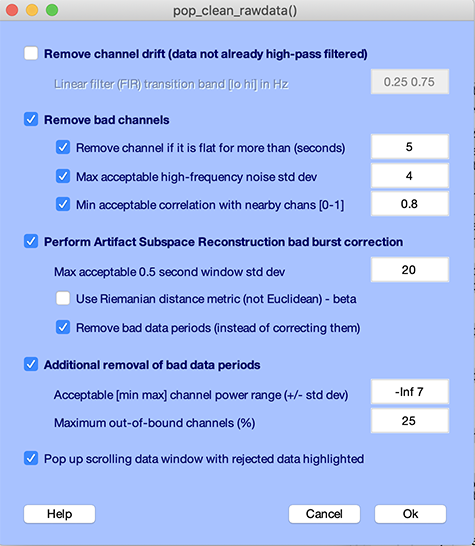 There are several sections to this menu indicating different sequential processes:

The result of rejecting data on the tutorial dataset are shown below. We can see the rejected channels in red and the rejected data portion when all channels are marked in red in a given time segment. If correcting data using the ASR algorithm (not shown here), the old and new (corrected) data will be overlaid. We do not recommend using ASR correction (as opposed to rejection) on pre-recorded data because this functionality was primarily developed for real-time applications. The consequences of using ASR on EEG post-processing are not clearly understood – although an increasing number of articles are being published on this subject. 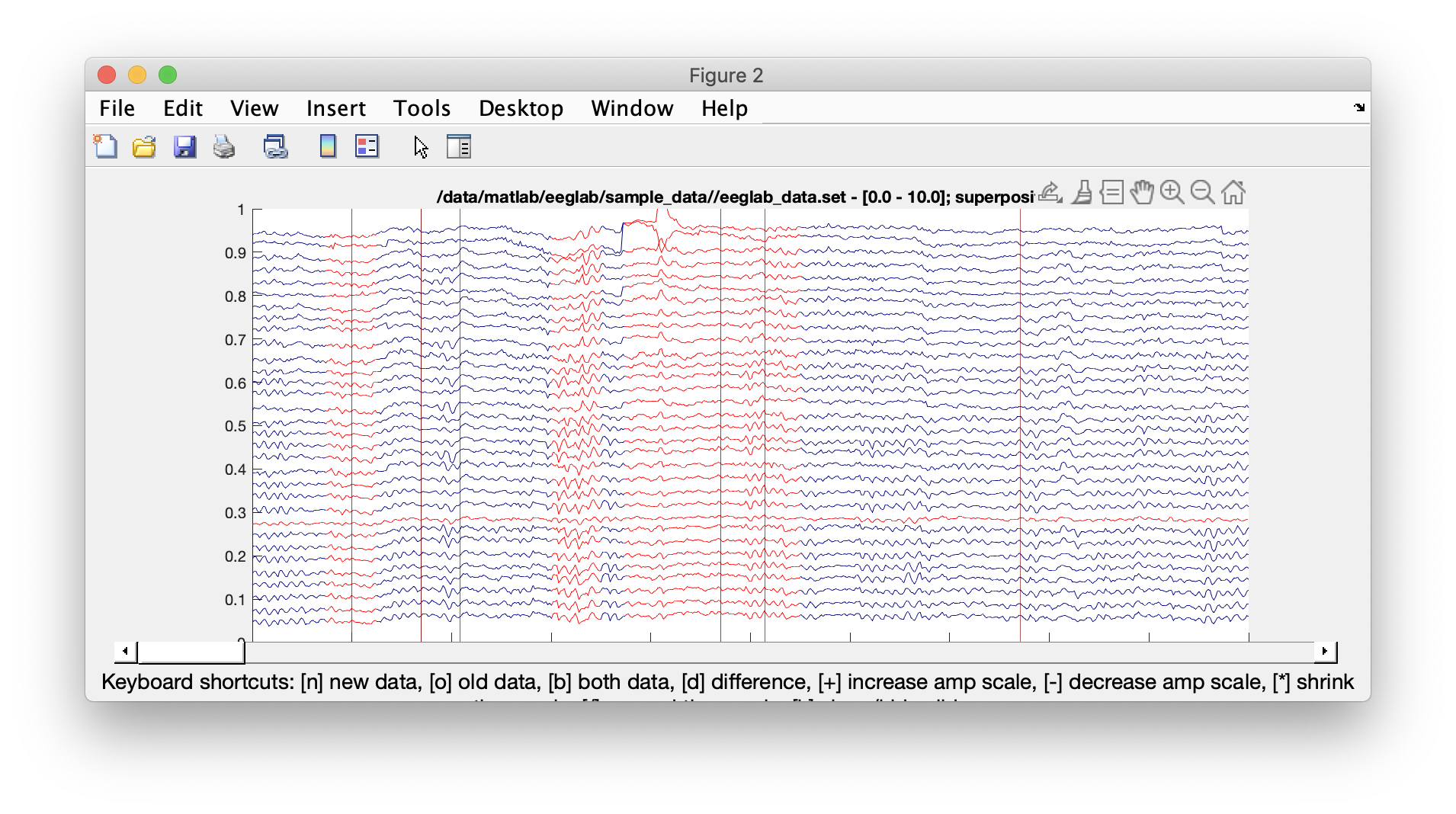 The are several EEGLAB plugins and legacy EEGLAB menus to reject bad data and bad channels. Use menu item File → Preference and check the checkbox to If set, show all menu items from previous EEGLAB versions. Restart EEGLAB for this change to take effect. A collection of menu items for rejecting bad portions of data become available. These involve Tools → Automatic channel rejection (see the help message of the pop_rejchan.m function) and Tools → Automatic continuous rejection (see help of the pop_rejcont.m function), which were the default methods used in previous versions of EEGLAB. A collection of menus to reject bad data epochs is also described in this section of the tutorial.