MATLAB, although quite efficient, can be expensive. As of 2021, we are supporting the Octave MATLAB-compatible open-source environment (both command line calls and graphic interface). See the video below for information on running EEGLAB in Octave.

Download the latest version of Octave from this page. EEGLAB has been best tested using Octave 6.1 on Windows but might also run on later versions and other platforms. We recommend the Octave installer for Windows, which has all toolboxes (signal processing, statistics, etc…) pre-installed.

To avoid having Octave show warning messages constantly, change the startup option and add “–traditional –brainless –quiet” (on Windows, select the Octave icon’s property, and add the following options to the Target field).

If you are running Octave on Linux or macOS, in addition to Octave, you will need to install the Octave signal processing and statistics package. On the Octave command line, type:

Note that you need to run the last command pkg load signal and pkg load statistics every time you start Octave.

EEGLAB for Octave is a work in progress. As of EEGLAB 2021.0, we recommend using the development version of EEGLAB on GitHub. For later EEGLAB versions, you may use the official EEGLAB releases.

To install the development version of EEGLAB, install Git for windows and clone the repository with submodules. If you encounter problems with Octave, please submit an issue on GitHub.

All EEGLAB signal processing functions should run on Octave. Although Octave is supposed to be fully compatible with MATLAB, the Octave graphic rendering engine sometimes cannot render all EEGLAB graphics subtleties. In particular, we have encountered the following issues:

Nevertheless, even some of the most complex EEGLAB plots can be rendered on Octave - for example, below, dipole plots in MATLAB (left) and Octave (right) match perfectly.

If you modify an interactive EEGLAB function for that purpose and want others to benefit from your changes, fork the code and create a pull request as explained on this page. This other page contains additional information on how to contribute to EEGLAB.

Below is a time-frequency decomposition plotted by Octave 4.4 for the EEGLAB tutorial dataset by the EEGLAB/MATLAB code below. 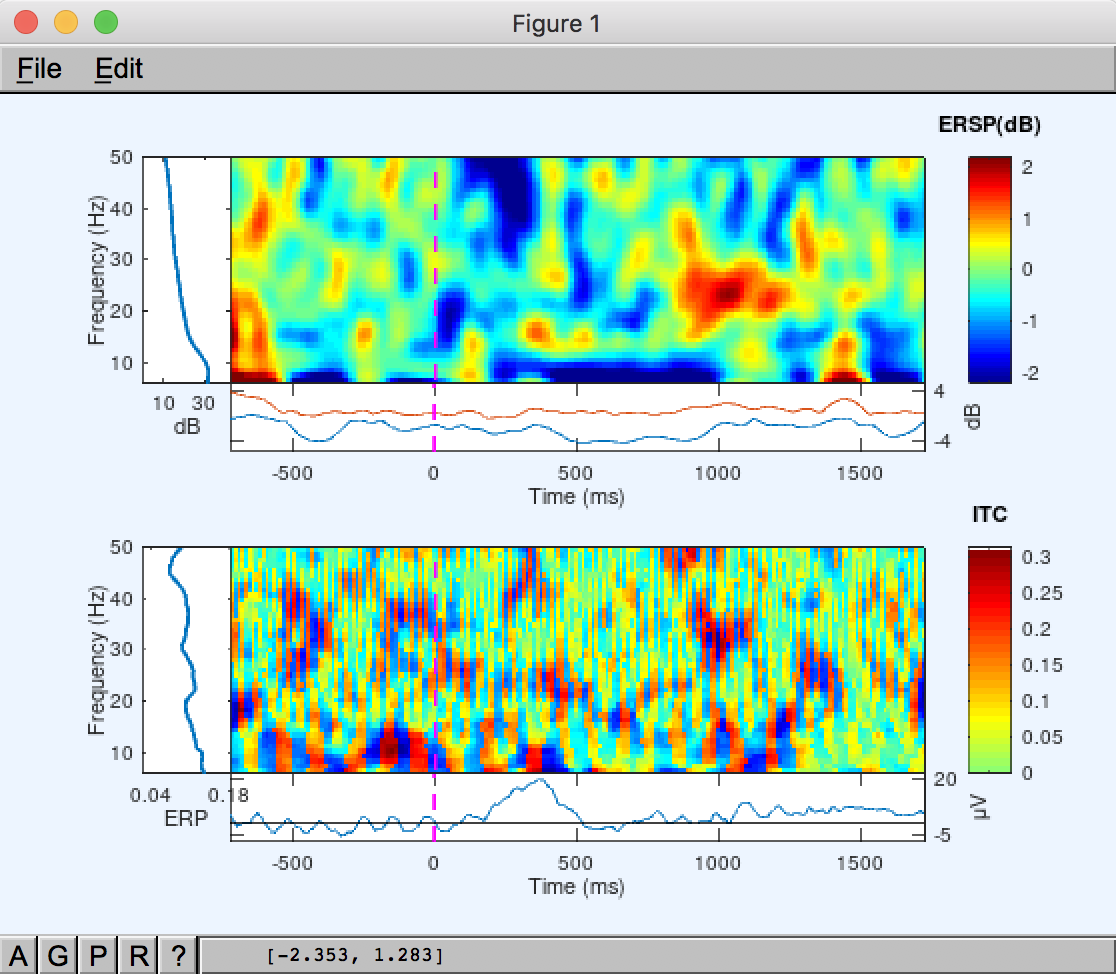 For comparison, below is the graphic output of newtimef.m run in MATLAB. 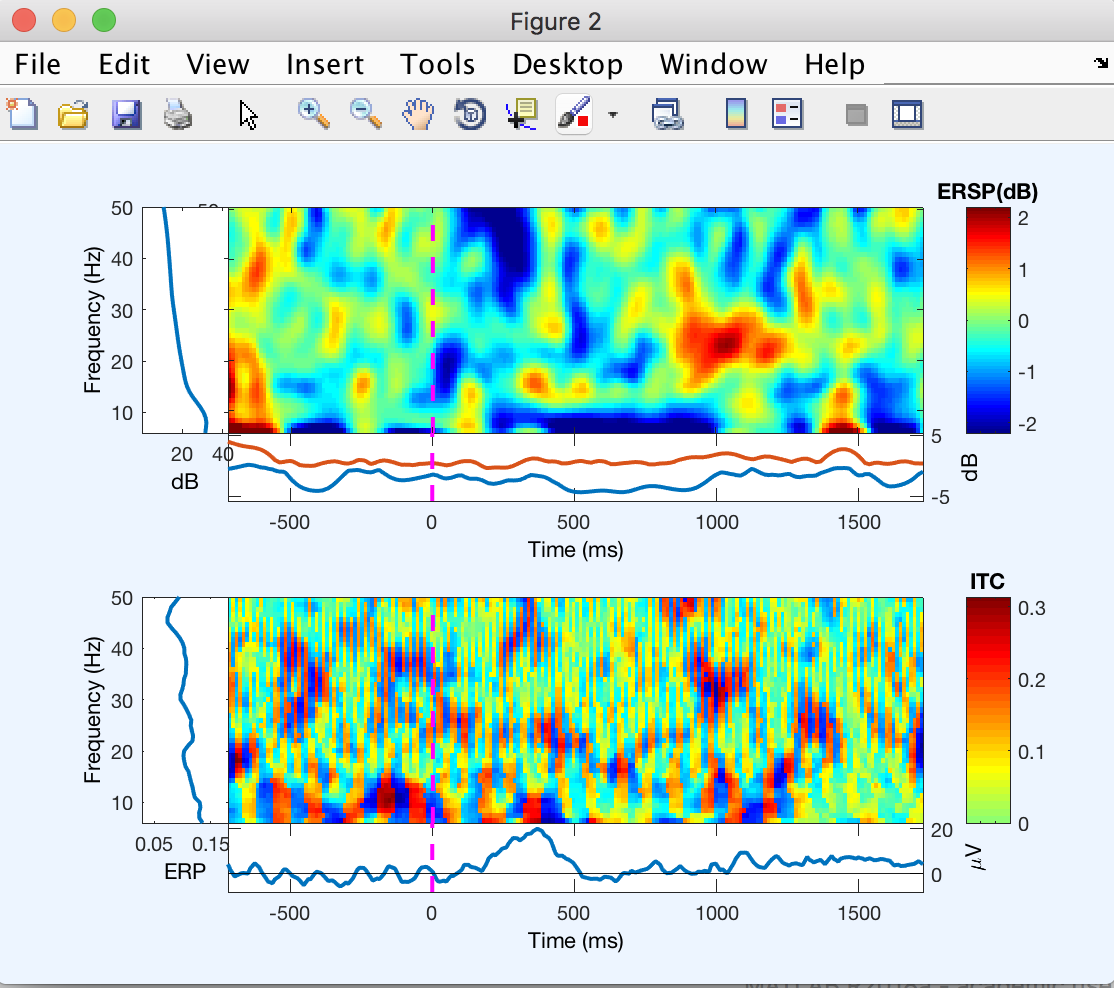